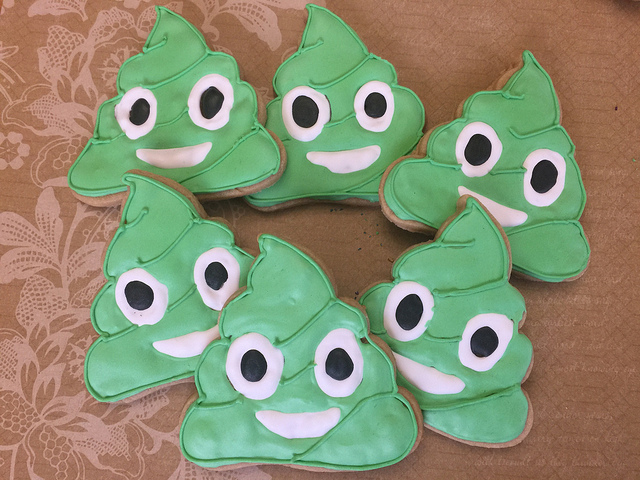 Healthy Eating, Probiotics, and your Microbiota

We’re  still on the general subject of things you may not want to eat. The idea that what you eat has an effect on your health has been well known for centuries. Modern research has been probing this concept more deeply and has shown that it’s not just what you eat, but what happens to it afterwards. After the food you eat gets attacked by acids and digestive enzymes in your stomach, it moves down into the intestinal tract. There, a diverse and eager population of bacteria (your microbiota) jumps into the process.

Everyone has a natural mixture of “healthy” bacteria living in (and on) them. Your guts are like a giant, busy city of all kinds of different microbes. It turns out that they’re vital to the normal functioning of your digestion. The portion of this population in your intestinal tract is formally called the “fecal microbiota“, or in less formal settings, the “gut flora.” Not only does your gut flora include many different kinds of bacteria, it contains huge numbers of them as well. To put it politely, by the time your digestive process reaches its end, probably about half of the material left is actual bacterial cells.

Medical science is still trying to puzzle out all of the ways that the human body and its hosted fecal microbiota population interact, but it’s become quite clear that it’s a very important topic. Evidence seems to show that the makeup of one’s gut flora influences how fat you might tend to be, and may even have direct effects on people’s moods and mental health.

One well-known way to try to influence one’s gut flora is to eat probiotic foods. These are foods that naturally contain “helpful” bacteria. Yogurt is a familiar example of this. The “lactic acid” bacteria that ferment milk to produce the sourness of yogurt seem to coexist well with our normal internal bacterial population. Medical studies do seem to support the notion that eating yogurt at least helps prevent and treat diarrhea, which is often associated with disruptions of the normal fecal microbiota.

Probiotic foods and supplements seem to be able to make small “tweaks” to your overall gut flora, but may not be enough if something drastic happens. If you ever have to take antibiotics to treat an infection, you may find that the antibiotic also attacks your normal, healthy fecal microbiota as well as disease-causing bacteria. This isn’t at all likely to totally kill off your natural gut flora. But, because different kinds of bacteria have different levels of vulnerability to antibiotics, antibiotic treatment can drastically reduce parts of the total population of bacteria, and drastically change the overall balance as more resistant bacteria get an opportunity to dominate.

Even in cases where this doesn’t cause major problems, there can be some gastric distress until the fecal microbiota re-adjusts. This disruption can make way for an unhealthy microbe like Clostridium difficile to establish itself. “C.diff” (as it’s often abbreviated) can cause painful inflammation of the colon and serious, sometimes life-threatening diarrhea. Antibiotic therapy for some other condition is a common factor in C. diff infections. A separate course of antibiotics to knock down the C.diff bacteria is still the first line of treatment. This usually gets the problem under control and allows the patient’s fecal microbiota to recover…but not always. Then what do you do?

If you have a bad kidney, you can get a new one transplanted from a healthy person. If your fecal microbiota is totally messed up beyond help, could you do the same for that?

Yes, as a matter of fact. “Fecal Transplant” actually is an established procedure. In patients with C.diff infections that aren’t responding to typical antibiotic therapies, a fecal microbiota transplant is an official, approved treatment. It’s 85%-90% effective. Don’t let the term gross you out too much, though. They don’t literally cut you open, shove in fecal matter, and then sew you back up. That would be disgusting.

You just swallow it.

Okay, not always. They usually do the transplant with a gastric tube, during a colonoscopy, or as an enema. Freeze-dried pills designed not to dissolve until they reach the intestinal tract are also in development. There’s evidence that this same procedure may be effective for a lot of gastrointestinal problems. Eventually, fecal microbiota transplants and related probiotic treatments may help with some mood disorders, weight control, or even diabetes.

As amazing as these possibilities may sound, if you think you are suffering from a problem that might be helped by fecal microbiota transplant, please consult with a doctor rather than trying to do it yourself!

As a final note: it’s obvious in hindsight, but it still amuses me that there is such a thing as a “stool bank.” Perhaps someday there’ll be a demand for professional stool donors.  Then they could pay us to give a crap.