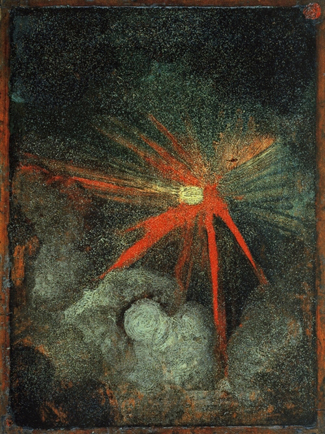 This is the last post of the Merry Blogmas 2017 campaign. We hope you have enjoyed our 25 days of quicky science articles. | There have been several different theories proposed to explain the Star of Bethlehem. Today’s post looks at why we can drop comets from the running. To start, we need to look at the original description of the Star of Bethlehem.

THREE MAGI FROM THE EAST

Now when Jesus was born in Bethlehem of Judea in the days of Herod the king, behold, wise men from the East came to Jerusalem, saying,”Where is he who has been born king of the Jews? For we have seen his star in the East, and have come to worship him.”

When Herod the king heard this, he was troubled, and all Jerusalem with him; and assembling all the chief priests and scribes of the people, he inquired of them where the Christ was to be born. They told him, “In Bethlehem of Judea; for so it is written by the prophet:

“And you, O Bethlehem, in the land of Judah, are by no means least among the rulers of Judah; for from you shall come a ruler who will govern my people Israel.'”

Then Herod summoned the wise men secretly and ascertained from them what time the star appeared; and he sent them to Bethlehem, saying, “Go and search diligently for the child, and when you have found him bring me word, that I too may come and worship him.”

When they had heard the king they went their way; and lo, the star which they had seen in the East went before them, till it came to rest over the place where the child was.

WHAT THE NARRATIVE TELLS US

There are some important things in the gospel narrative of Matthew that have direct bearing on the identity of the Christmas star. For example:

Keep these points in mind for when we compare these with the behavior of comets.

If you cruise around the internet, you will read a lot about how comets were taken as bad omens and evil portents in the ancient world. This is actually not accurate. While heavenly events were often interpreted as omens, the nature of those omens were up to the interpreter. For example:

Don’t believe everything you read on the internet.

Comets and the Bethlehem Star

The early theologian and church father Origen (d. 254 AD) was perhaps to first to suggest that the Star of Bethleham was a comet. Obviously, he didn’t know that comets were supposed to be omens of disaster, but he probably didn’t spend anytime on the internet.

We know a great deal about the appearance of comets throughout history thanks to Chinese astronomers. The Chinese have always been keen about keeping good records, including about things observed in the sky. They observed two comets before the death of Herod:

WHY THE STAR OF BETHLEHEM WASN’T A COMET

The Comet of 4 BC

Let’s first eliminate the tailless comet in 4 BC. This is easy.

In comparison, the Star of Bethlehem first showed up in the west and lasted at least several weeks during the travels of the magi. It appeared in the south only at the end of the wise men’s trip. The descriptions of the two heavenly bodies don’t match.

The Comet of 5 BC

The Comet of 5 BC had the following properties:

Again, the Star of Bethlehem showed in the west while the comet of 5 BC was to the south. While the duration of either event may match, the comet is disqualified because of its tail. Why? Because a comet with a tail can’t be a surprise to anyone.

Today’s banner image is an Albrecht Durer picture of a heavenly body, probably a comet or meteor.