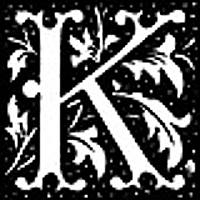 This is the Gnarly Science Merry Blogmas post for December 16, 2017 | If you make your own soap or do a lot of gardening, you probably know where this is going.

Many of the oldest element names come from Medieval words like nitrogen from natron or sodium from soda. Some have kept their old names like sulfur. Some have names whose origins are lost to us like antimony. While the roots of most element names are rather mundane, there really is one element named for soap.

No one knows where this idea came from. It’s probably as old as the need to clean grease off dishes. Someone discovered that ashes were a great cleaning agent. Even before bar soap became a common in the seventeenth century, people would scoop up the cold ashes from their wood fires to scrub their pots and dishes clean.

Used this way, ashes cut right through grease. In addition, because they are very alkaline, ashes also kill any lingering microbes. It was a universal cleaner that came free, straight out of every cook fire.

Out of the Fire and into the Pot?

If you grew up like I did, in a home with a fireplace or wood stove, then you know about ash cans. You take the little shovel and you scoop the ashes out of the fireplace and into the ash can. You can even do it while the ashes are still warm. People used to save the contents of their ash cans to make soap. When coal replaced wood as a home fuel, the ashes got thrown out instead or recycled as road building material. Coal ash doesn’t have the right stuff to cut through animal fats and grease. Thus, the Medieval connection between ashes and cleaning got lost.

Before the industrial revolution, metal wares were a lot more expensive than they are now. In the sixteenth century or earlier, it was much more common to use a ceramic pot instead of a metal ash can. If you didn’t have time to let your ashes cool or if your hearth had a fire in it all the time, a pot to store your ashes was necessary item. When you had to clean your dishes, you scooped some ashes out of the ash pot.

Would I Lye about This?

The word potash originally referred to the potassium salts in wood ash that provided the alkaline punch behind their cleaning power. Potash was later used to describe potassium carbonate, potassium hydroxide and potassium chloride. The use of the term has been quite messy over time but the connection to soap was solid for our ancestors.

Davy named potassium after potash, that lowly stuff once used as the common cleaning agent for pots and dishes.

Yes, potassium is the one element whose name comes from the oldest form of soap.