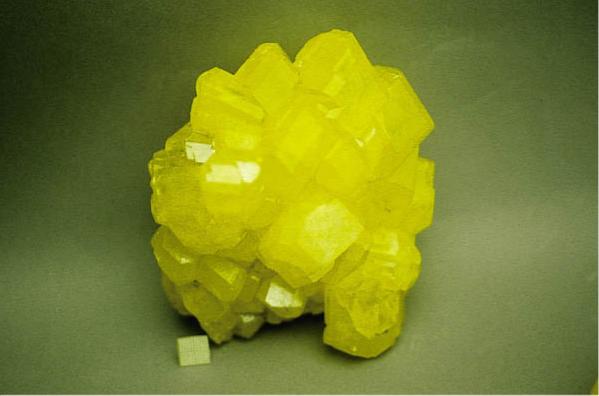 Sulfur is one of the coolest elements going. It’s also on the smelliest things on the planet. It stinks enough that I included it in the article I wrote for listverse.com on 10 rocks that stink.

Sulfur has some really cool properties.

Cast That Sulfur Away!

You can cast molten sulfur in molds!

Where Sulfur Comes From

Sulfuric acid used to made from from mineral sources like pyrite or the common sulfate minerals.

When I was living in Texas, I used to count 120 tanker cars of sulfuric acid per train rolling north through the rail road crossing in my town, coming out of the oil refineries and chemical plants of the Texas Gulf Coast.