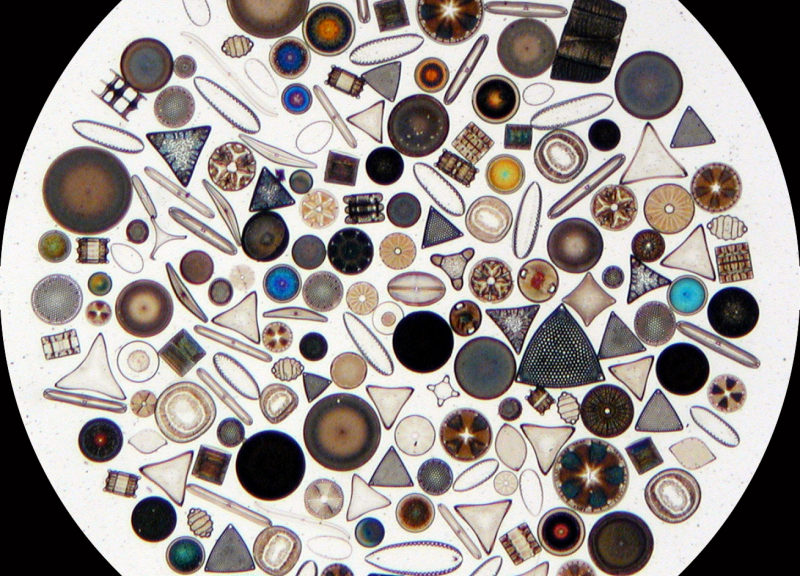 Deposition of ocean or lake sediments in a messy business and it’s rare to find pure diatomite. Stuff like clay, silt and sand are usually mixed in with the fossilized diatoms. When you get a layer of mostly fossilized diatoms with just a little bit of clay and silt, it makes a white granular powder called diatomaceous earth and it’s really useful stuff.

There are large diatomaceous earth quarries in Germany and the United States. There’s one right off of the Coal Canyon exit on I-80 outside of Lovelock, Nevada, on the way to several of my favorite mineral collecting sites. The stuff mined there is food-grade. It’s quite cheap to mine, which makes it very profitable.

Picture of living diatoms by Wipeter, 2009, used under CC BY-SA 3.0 via Wikicommons