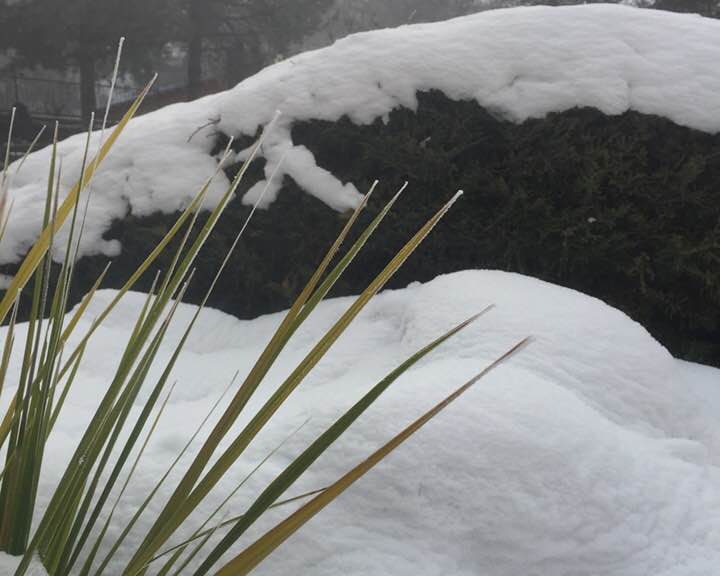 THE FORMATION OF HOT SPRING RIME

Rime is a type of frozen water. Here’s how it usually forms:

Some common examples include:

Okay, I’ll fess up here and admit that I got the idea for this post when I spotted some rime ice at Lava Hot Springs in Southeastern Idaho. It’s such a steamy subject!

Hot spring rime ice is not unusual in geothermal areas when it’s cold out. It deserves the label uncommon because there is much less geothermal rime in the world compared to other places. For example, aircraft rime ice is a daily danger for all pilots. In additions, every place that sees high-humidity weather like freezing fog, “Arctic smoke,” or Winter-time spray from waves or waterfalls sees the formation of soft rime all the time.

The reason geothermal rime ice is uncommon is because geothermal features are uncommon. If you want to see a lot of rime that formed from geothermal activity, then go to Yellowstone National Park in the Winter. Go to Mammoth Hot Springs at the north end of the park, which is the only part of the park guaranteed to stay open year-round. Enter the park there and take the boardwalk up into the hot spring terraces. You won’t be disappointed. A big upside is that there will probably be a lot of bison soaking in the hot springs there.

What follows here are three photos I took this morning at Lava Hot Springs.

The first photo shows one blade of a decorative shrub at the side of the hottest bathing pool. The ice has grown on the bottom and on the right side of the bladed leaf from the steam that rises upwards from the water surface.

The next photo is a view of several similar leaves on a nearby shrub next to the middle bathing pool at Lava Hot Springs.

The last photo shows a bush over by the jetted whirlpools. The steam from the pools typically rises and travels over the top of the bush. The steam usually misses the bottom and back of the bush. In the photo, it travels from middle right-hand edge to the upper-left corner. You can see this from where the rime ice has deposited on the branches.