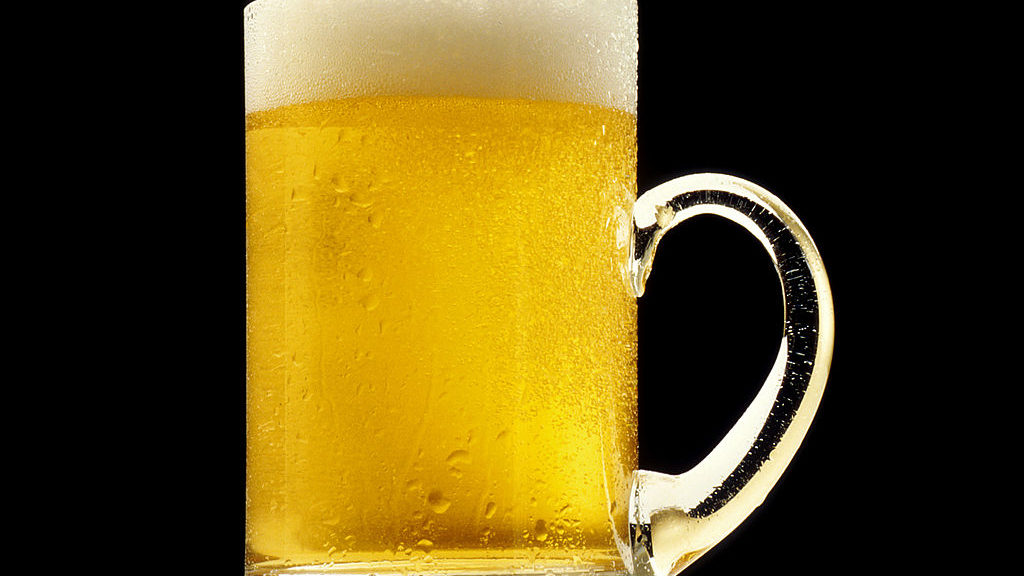 This would be funny if it wasn’t actually real. First, let’s talk about malaria followed by the connection between malaria and beer.

Malaria is one of the nastiest diseases known. It is caused by several different species of itty bitty protozoans from the genus Plasmodium.

A disease vector is medical-speak for the way a disease is transmitted between people. As you probably remember from high school biology, the vector for malaria protozoans are vampire bugs, otherwise known as mosquitos.

Malaria-carrying vampire bugs all belong to the genus Anopheles. By the way, the word anopheles comes from ancient Greek. It means useless. Go figure.

There are five different types of malaria that infect humans. Regardless, each malaria variant shares the same group of symptoms:

The symptoms are similar to a bout of influenza and are often mistaken for it where malaria is uncommon. In comparison to the flu, the nasty bit is that malaria symptoms can recur in waves in a short period of time:

In addition, there are other symptoms of malaria that are hidden. These include enlargement of both the liver and the spleen. Mild jaundice is also sometimes observed as well as nausea.

To make matters worse, the malaria protozoans Plasmodium vivax and Plasmodium ovale can go dormant in the liver. There they will reside for months – and sometimes years – until they revive and cause a relapse.

This is a brief description of the more mild forms of malaria, which are usually survivable and can often be cured. Please note that I said mild…

Why Malaria is so Nasty

Trust me, what follows is the short form of how malaria operates. For the detailed version, I recommend the CDC website on this subject.

When a vampire bug bites you, she injects the malaria protozoans in the form of sporozoites into your bloodstream.  What’s sporozoite? Well, think of it as a spore-like organism. It’s also a monster despite its size.

Those itty bitty sporozoites are parasites. They get into your liver cells where they are fruitful and multiply. They reproduce through schizogony.

Schizogony is straight out of B-grade horror movies. Each sporozoite starts to divide its cellular nucleus into many nucleii. It essentially cannibalizes itself while it turns into a womb-like sack containing many baby versions of itself. This morphed sack-like form is called a schizont.

The schizonts in the liver eventually explode, releasing many new daughter protozoans called merozoites. Merozoites are next life form stage of malaria.

The infection of the sporozoites and the explosion of the schizonts  are the cause of the liver enlargement and jaundice associated with malaria.

The merozoites from the liver get into the blood stream. From there, they invade the insides of red blood cells. This is where the real damage from malaria starts to stack up.

In a way, malaria parasites are like the eggs in the Alien movies who destroy their hosts from the inside-out. The growing schizonts and accumulating wastes burst the red blood cells. This cell destruction releases the waste products and the schizonts into the blood stream. These go on to cause blood-stage symptoms.

So what does beer have to do with malaria? It’s simple: drinking beer attracts the mosquitos that carry malaria.

No, this is no joke. It turns out that the vampire bugs of the genus Anopheles rather like people who have been drinking beer. What follows are descriptions of studies that support this.

A study in Japan in 2002 used laboratory-raised mosquitos to test the attraction between vampire bugs and drinking beer. The researchers measured the number of mosquitos that landed on volunteers before and after drinking 350 milliliters (~12 oz) of beer. When they looked at their data, it turned out that the beer drinkers suffered more vampire bug landings after drinking their beer compared to the period before they drank their beer.

It was a clever study but it wasn’t perfect:

Regardless, the study established that a species of mosquito was attracted to beer drinkers. Strangely enough, the study did not find a tie between mosquito landings with either skin temperature or ethanol in sweat. Therefore, the researchers concluded they had a correlation between beer and vampire bugs even though they could not determine why.

The second study was conducted by some French researchers who published in 2010. It was as sweet a study as you will ever see. It was brilliantly designed and ethically conducted. In addition, it used actual genus Anapheles mosquitos collected in the field in the sub-Saharan country of Burkino Faso. If you don’t recognize the name, it used to be known as the Republic of Upper Volta, a former French colony. Anyway, here’s how the study worked:

As you can see, if we look at both the activation and orientation results, we can tell that vampire bugs prefer beer drinkers over water drinkers. The error bars are the 95% confidence limits. Looking at those error bars, it’s clear that the statistical significance for the before-and-after results is quite good for beer drinkers.

As a result, this may sound like a cliche, but it’s true

What interests me is the orientation data for water drinkers. Compared to beer drinkers, these results suggest that drinking water may actually discourage vampire bugs. Unfortunately, the problem here is that the error bars overlap too much, meaning that this result has no statistical confidence. The researchers therefore correctly stated that there was no real correlation. Regardless, this could be a starting point for a future study on whether water intake discourages mosquitoes.

The third study was not an experiment or clinical study. It was a statistical analysis of public-health data for migrant workers in Myanmar, the country that used to be called Burma. The study looked at personal habits like beer drinking. It also looked at the injuries and illnesses of the migrant workers. Researchers collected the data in 2011. After that, they analyzed the data and published their results this year, in 2017.

The results supported what the previous two studies concluded: that beer drinking leads to an increased risk of contracting malaria. Why? Because their results showed that workers who drank a lot of beer contracted malaria more often than workers who drank less or not at all.

WHY THESE STUDIES MATTER

The public health study is important. Why? Because it links the laboratory and field studies to a statistical analysis of public health data. This is significant because each of these studies used a different method but every one came to the same conclusion. Each study took a different road but they all arrived at the same place.

Yes, this would be funny if it weren’t a real result of scientific study. Beer drinking really does increase the risk of contracting malaria.

4 thoughts on “Beer as a Risk-Factor for Malaria”