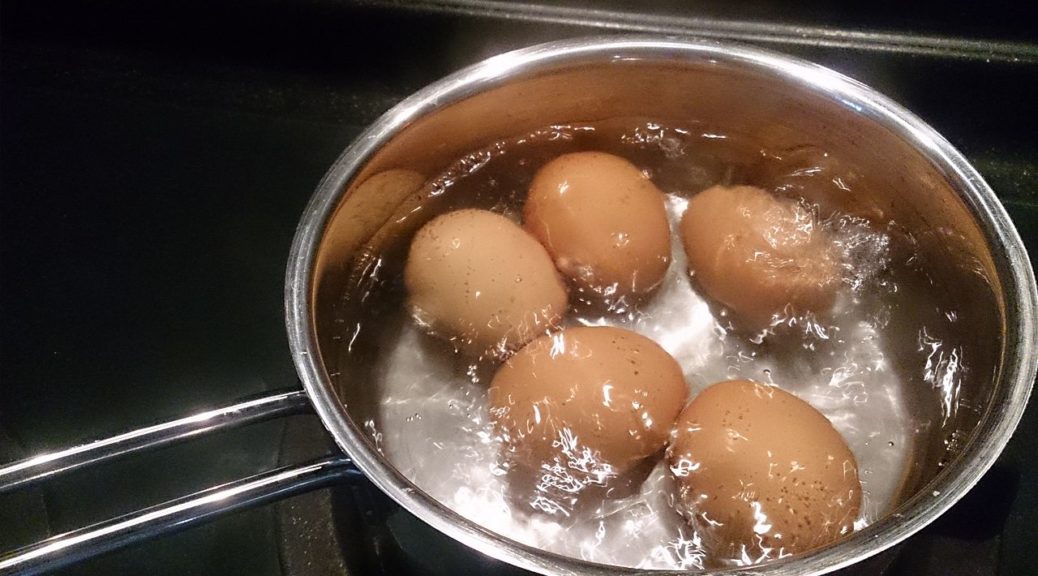 THE PHYSICAL CHEMISTRY OF BOILING WATER

It’s All about Vapor Pressure

If you can understand what vapor pressure is, then the science of boiling liquids will never confuse you again. Not only will you understand boiling eggs, you’ll gain ultimate comprehension over cooking rice, pasta and New England boiled dinners too. Unlocking the secrets of vapor pressure is an essential for better living through chemistry. Admit it: science in the kitchen rocks! 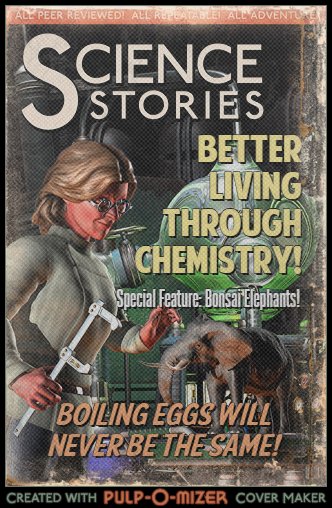 Imagine a pot of water on your stove top. Don’t turn on the heat and boil the imaginary water in our imaginary pot yet. For the moment, our pot of water is sitting at room temperature, at sea level, at Pismo Beach, California.  After all, that’s where Bugs Bunny and Daffy Duck were heading to dig clams when they missed taking that left turn at Albuquerque. So let’s look at the conditions prevailing at our imaginary pot of water:

As you may or may not remember from high school, at least in America, these conditions are standard temperature and pressure (STP) as defined by the U.S. National Institute of Standards and Testing (NIST). There’s another version of STP where temperature is defined as 32 ºF (0 ºC) that is often used in chemistry, but we’re going to ignore that and use the 20 ºC STP.

The column of air on top of the water in the pot can be considered to be its own thing, isolated from the rest of the atmosphere. This isn’t as far fetched as it initially sounds. Even though gas molecules are always in transit, just as many molecules enter our gas column as leave it in reality, so the sum total of gas in the column is always the same. It always weighs the same and exerts the same pressure. We can treat it as if it is its own thing despite the motion of gas molecules. We can ignore the rest of the atmosphere and deal with just our air column with its set amount of gas, weight and pressure.

Let’s turn on the stove burner under our pot. The water molecules start to move more energetically as they heat up and this increases the number of water molecules that evaporate from the pot. As more molecules enter the vapor phase above the surface of the heating water, the greater the pressure is that they exert back at the pressure of the air column. It’s a simple matter of quantity.

So as we add more heat to the water, the more the water molecules bounce around in the liquid. As a consequence, more and more molecules evaporate and enter the vapor phase, causing the vapor pressure to continuously increase, always pushing back at the 1 atm of pressure of the air column.

There comes a point, at 100 ºC (212 ºF), when the vapor pressure equals 1 atm. The vapor pressure now equals the pressure exerted on the water by the column of air and the water in the pot will now boil until all of it converts to gas. The temperature of the water will remain at 100 ºC until all of it has become gas. No matter how much more heat we add, the water temperature will not exceed 100 ºC. If we add a lot more heat, the water will only boil faster but it will not get any hotter. This is the behavior of water at the boiling point.

The boiling point of any liquid like water occurs when the vapor pressure equals atmospheric pressure.

Let’s move our pot of water from Pismo Beach to the top of Mt. Whitney in the Sierra Nevada Mountains. Let’s keep the temperature at 68 ºF (20 ºC). Nothing changes as far as the pot of water is concerned. What does change is the air column on top of the pot. Because we are now at a much higher elevation, two things have happened:

Not only is there less mass in the air column, it weighs less too because of lower gravity. What this means is that the air column, which is a proxy for the atmosphere as a whole, now exerts less pressure on the water in the pot. Mt. Whitney is 14,505 ft or 4421 m high so atmospheric pressure is only 0.58 atm.

Because atmospheric pressure is lower at higher elevations, water will boil at lower temperatures.

Now let’s move our pot of water some tens of miles to the east, to Death Valley. Death Valley is one of those places that is actually at a lower elevation compared to sea level, approximately 300 ft (91 m) lower. This means the column of air on top of the pot is some 300 ft (91 m) longer so it has gained some more mass. Not only that, but the force of gravity is greater because we are now a bit closer to the center of the Earth. The result is that the air column in Death Valley weighs more than the one at Pismo Beach at sea level, and therefore it exerts more than 1 atm of pressure on the water in the pot. At an elevation of 300 ft (91 m) below sea level, atmospheric pressure is about 1.05 atm.

So in Death Valley, the vapor pressure of water has to match the atmospheric pressure of 1.05 atm in order for water to boil; and that won’t happen until water reaches a temperature of about 102 ºC (216 ºF).

Because atmospheric pressure is higher at lower elevations, water will boil at higher temperatures.

Water boils at the temperature where its vapor pressure equals the pressure exerted by the local atmosphere. Now let’s add some salt to the water. Salt is a non-volatile solid, which is the same as saying that it has no vapor pressure. When you add a substance like salt into water, the added salt molecules now have the effect of diluting the number of water molecules per unit volume.

Salt water boils at a higher temperature than plain water because its vapor pressure is lower.

How much of an effect does salt really have on the temperature of boiling? To answer this question, I dug back into my college physical chemistry texts and figured out how to calculate this. The equation I used is:

where ΔTb = the change between the boiling point of a pure solvent vs. solution,

bsolute = the molality of the solution,

and i = a constant to account for non-ideal disassociation of the solute in the solution, which for salt is equal to 1.9

To set up the calculation, I noted or measured the following:

Having assembled all the pieces, the rest involved taking all the numbers and crunching them through the change-in-temperature equation. I plotted the results, which are shown in the graph below:

The results may surprise you. Even if you add 10 tablespoons of salt to four cups of water, you are only going to raise the boiling temperature by 2 °C (~4 °F). That’s less than a 2% increase in temperature. In a sound bite, that’s a trivial increase.

If we look at just adding one tablespoon, which is more than most people add for boiling eggs or making pasta, the boiling temperature is raised only by 0.3 °C (~0.5 °F). That’s less than the error of a typical kitchen digital food thermometer. Essentially, you can’t even measure the increase with the thermometers you have in your house.

The bottom line is that you are wasting your salt. The amount that the boiling temperature is raised is so small you can’t even measure it accurately.

Next week, on December 3, we will cover the biochemistry of what’s inside an egg. The week after, on December 10, we will go into the what happens inside the egg when you cook it inside the shell and finally address that all important question: how to make the perfect hard-boiled egg.

The banner image of boiling eggs for today’s post is by “ProjectManhattan” (Own work) [CC BY-SA 3.0], via Wikimedia Commons.

7 thoughts on “The Food Science of Hard-Boiled Eggs – Part I: Boiling Water”