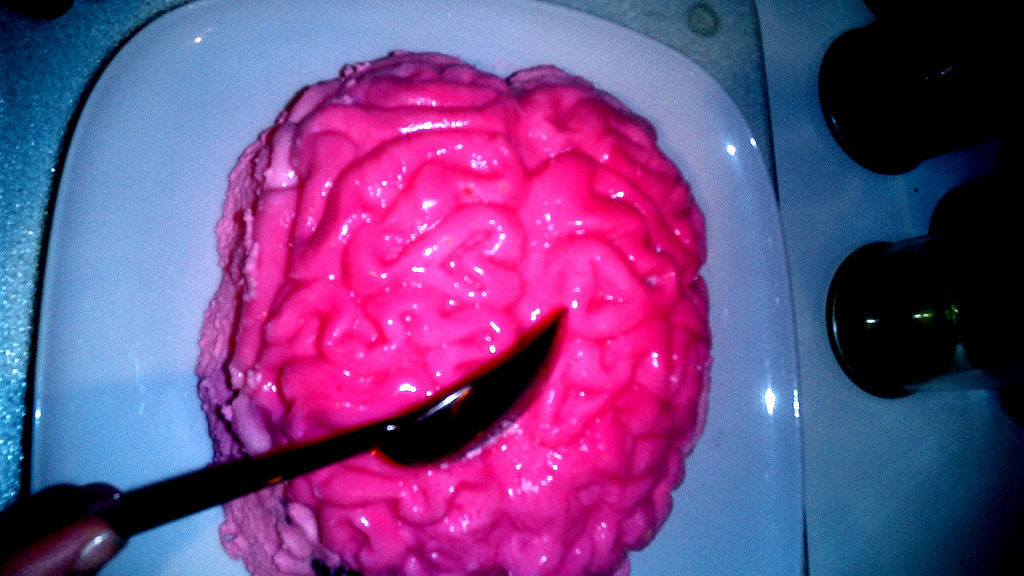 Today’s topic is cholesterol by an invited author. | This is the short daily Merry Blogmas science post for December 20.

CHOLESTEROL IN EGGS AND OTHER FOODS

Since we’ve been discussing eggs, here’s another egg-related topic you’ve probably heard of. Cholesterol is a fatty substance that’s generally considered a problem:

Paradoxically, cholesterol is absolutely vital to human life. It plays quite a few different important functions in the human body; however, because it’s so important, your body makes all it needs without you needing to eat more of it.

Eggs are generally considered a very healthy, high-quality food; however, for a while they were considered risky because egg yolks are rich in cholesterol. A typical chicken egg will contain close to 200 milligrams, which is already about two-thirds of the recommended maximum daily intake by U.S. standards.

Eggs are far from the worst thing you can eat. Do you know what has perhaps six-to-seven times as much cholesterol as the same amount of eggs? Brains.

Brains are possibly the least favorite “organ meat” in the English-speaking world, which is averse to eating organ meats to begin with. Regardless, it does still show up in the cuisine of the “Southern” United States, cooked with scrambled eggs occasionally.

I know the thought of eating squishy, greasy, gamey brains grosses me out – and I’m saying that as someone who willingly eats haggis. Yes, I do know what’s in haggis…

Apparently, there are enough people willing to eat brains that it’s sold canned in “milk gravy” in grocery stores. If you look at the nutrition label on one of these cans, you will find that a one-can serving contains ten days worth of the “maximum recommended daily intake” of cholesterol!

There’s a reason there is so much cholesterol in brains. To put it in simplified terms, brains are basically big wads of nerve fibers, and nerve fibers need large amounts of cholesterol to work properly.

Here’s where the cholesterol comes in: a substance called myelin forms a sort of cellular-electrical insulator around every axon. It’s myelin that contains cholesterol as a main component.

The myelin sheath allows the signal from the main body of the neuron to travel very quickly down the axon. Since brains are big collections of tightly-packed neurons, they include the huge amount of the cholesterol in the myelin sheaths.

Diseases that cause a loss of myelin, such as multiple sclerosis, cause a wide variety of problems by messing up the ability of neurons to send reliable signals to each other. As a result, you won’t be finding any low cholesterol brains available any time soon!

But what about brains for starving zombies?

Although I don’t a definitive answer as to why zombies in the classic zombie movies prefer to eat brains, we can speculate based on the information in this post.

It’s possible that shambling zombie bodies no longer produce their own cholesterol due to a lack of post-mortem metabolic function. Perhaps then, they are desperate to replace this lack with cholesterol in their diet? Maybe they don’t fear the risk of heart disease since they are already dead?

Or did Dan O’Bannon, writer and director of the famous 1985 “Return of the Living Dead” movie, simply think that eating brains would produce the most horror in the audience? Whatever the reason, my opinion is that still-living humans should probably stick to eggs and leave the brains off of our plates. 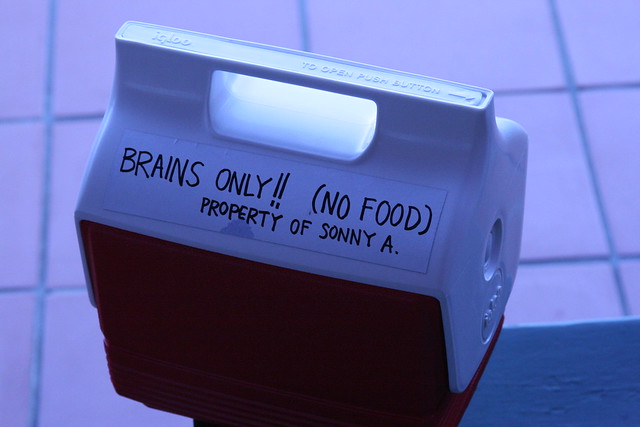 Today’s image of a pink jello dessert made with a brain-shaped mold is by Cory Doctorow, CC-BY-SA 2004.

3 thoughts on “Eggs, Zombies, and Cholesterol”