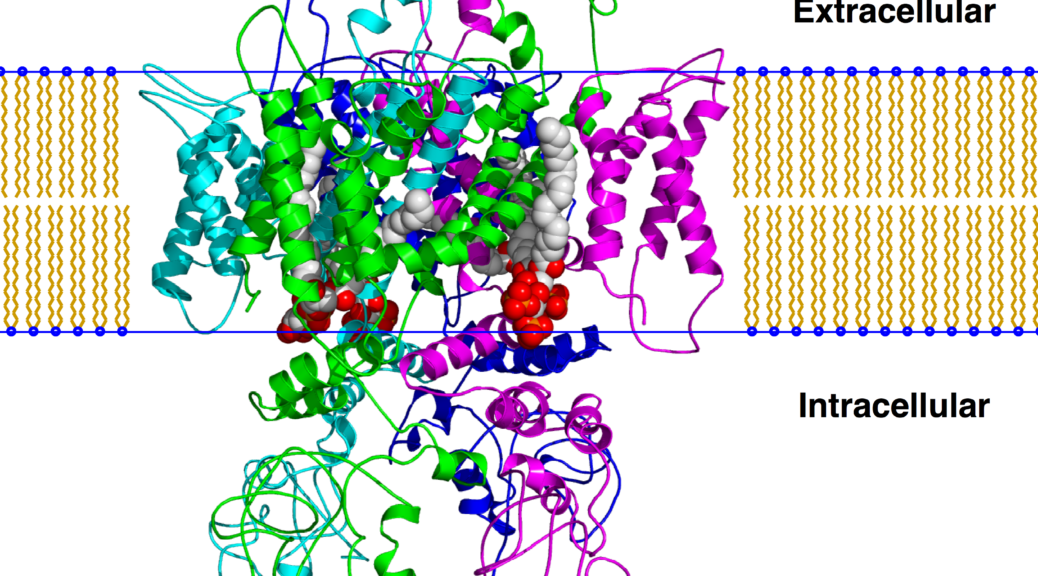 THE PHYTOCHEMICAL THAT LAUNCHED A THOUSAND SHIPS – PART II

Our phytochemical of interest, piperine, is the active ingredient in Old World pepper and the plants of the Piper genus. Its history and background were discussed last week here. Compared to last week, this week’s post might not seem as spicy but I hope I can pepper it up a bit.

Piperine is (2E,4E)-5-(2H-1,3-Benzodioxol-5-yl)-1-(piperidin-1-yl)penta-2,4-dien-1-one: a compound name only an organic chemist could love. It’s more succinctly known as C17H19NO3, a name that unfortunately doesn’t give a clue about its structure, which looks like this:

Piperine is found in the black pepper plant originally native in southern India, Piper Nigrum. It is also found in both of the long pepper plants, Piper longum, native of northern India, and Piper retrofactum, native of Indonesia. Piperine is also found in Piper guineense, known as West African pepper, Benin pepper or false cubeb, and in Piper cubeba, the cubeb plant of Indonesia.

Piperine was first isolated from black pepper in 1819 and later from long pepper. The Piper genus is characterized by plants that are vines or herbaceous in form (close to the ground, no wood stems), all of which contain piperine. Piper genus plants occur all over the world. Many Piper plants are famous spices and others are often used as ornamental vines in gardening.

Most of the famous Piper spices take the pre-ground form of peppercorns. Of course, everyone knows black peppercorns, especially because of the thousands of food servers with giant pepper grinders asking you if you want fresh ground pepper on your salad. A peppercorn starts as a drupe, which is to say that it’s a fruit surrounding a stony pit. To make black pepper, the still-green unripened drupe of Piper nigrum is first cooked and then dried. This process turns the squishy fruit around the pit into a black wrinkled wrapper around the pit, creating the well-known black peppercorn.

Ripe red pepper drupes are soaked in water for a week, a process that softens the fleshy fruit around the pit. Then the softened and decomposed fruit is rubbed off, leaving the white pit behind. This white pit is the white peppercorn.

Red peppercorns are made by taking the ripe red drupes of Piper nigrum and processing them in one of the ways used to process green peppercorns to preserve their color. Peppercorns sold as orange pepper are just red peppercorns labeled as orange. Pink peppercorns are actually not true peppercorns of any genus Piper plant, but are fruits off South American trees belonging to the cashew family.

THE BIOCHEMICAL EFFECT OF PIPERINE ON HUMANS

Some of the flavor compounds in peppercorns include terpene, limonene, pinene and other oleoresin chemicals; but the bite of peppercorns comes from the effect that piperine has on tissues where a protein known as TPRV1 can interact with the nervous system. The normal role of TPRV1 is in the detection of heat or acidic conditions. When temperatures exceed 43 °C (109 °F), TPRV1 becomes active and plugs into receptors in neurons in the peripheral nerves known as nociceptors. Nociceptors are the neurons responsible for signaling pain. There are TPRV1 receptors located in other portions of the nervous system, but when dealing with piperine, it’s the nonciceptors of the peripheral nerves that we care about.

Acidic conditions and certain other chemical compounds like piperine can also trigger the activation of the TPRV1 protein. Since TRPV1 is what tells the peripheral nerves in your skin, mouth tissues, tongue and mucus membranes that something is hot, the sensation that piperine invokes is burning and irritation. Since piperine causes a burning sensation, it has an irritant effect when it hits the mucus membranes in the nose.  The reaction of the nose to irritants is the sneeze reflex, which is the action the body takes to expels irritants from the nasal passages. So this is why pepper burns the tongue and can cause you to sneeze.

The banner graphic at the top of today’s blog post is a public domain image of the TPRV1 protein in its activation channel.